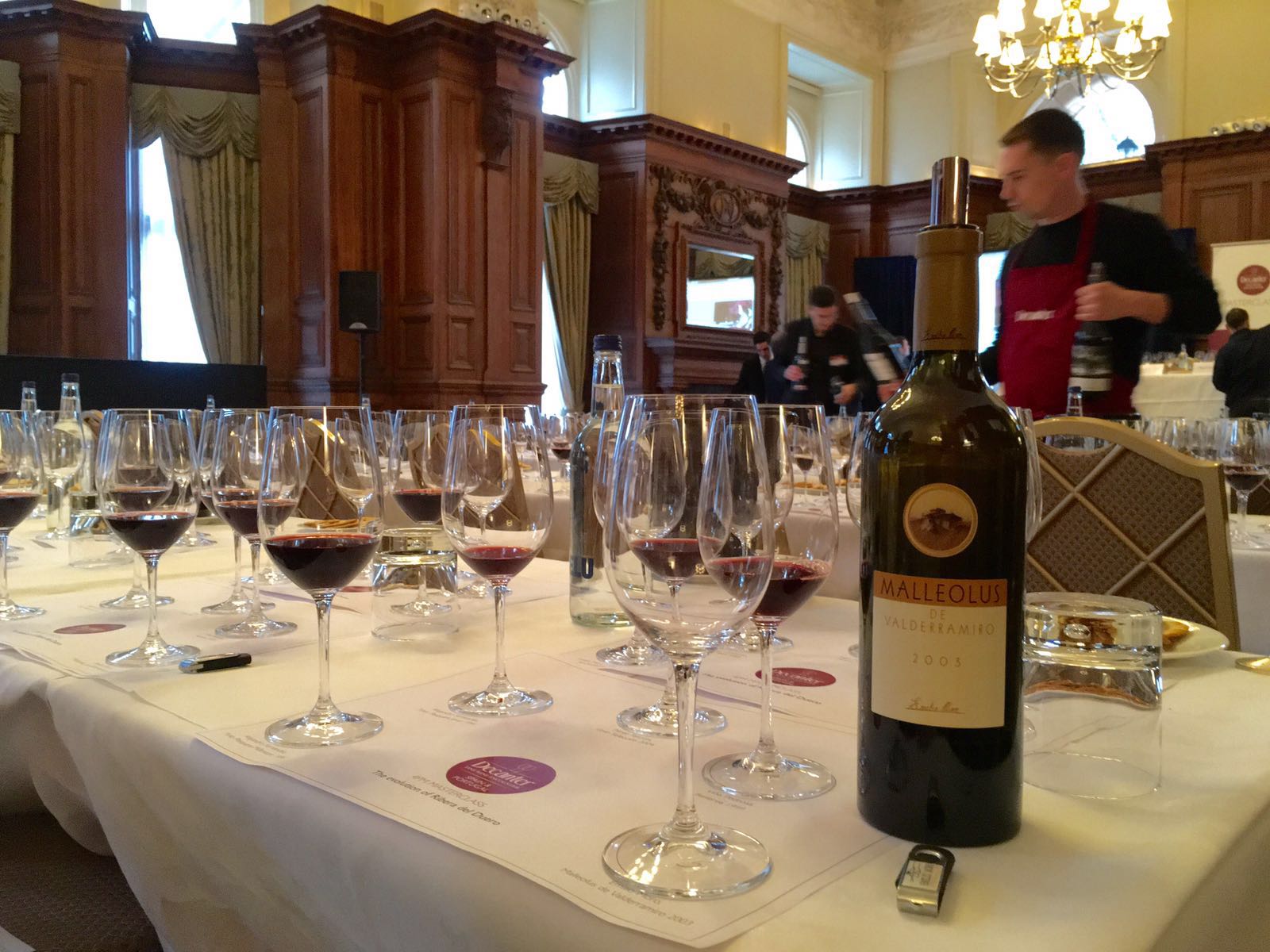 The president of Bodegas Emilio Moro and Cepa 21 has held a Ribera del Duero master class with two of his top wines, such as Malleolus de Valderramiro and Malleolus de Sanchomartin at the exclusive Hotel LandMark in London.

This weekend, this hotel has been the hub of wine producers, sommeliers, specialized press, distributors and importers who have come to know the diversity and typicality of Spanish wines, among them Ribera del Duero, in a conference organized by Decanter, one of the most prestigious wine magazines worldwide.

On this occasion, Decanter was joined by José Moro, who has ‘shifted’ the attendants to Pesquera de Duero, a wine-growing municipality located in the well-known Golden Mile of the Ribera del Duero. About a hundred people got to know the philosophy with which the Moro family has been producing wine for three generations, and have had the opportunity to taste two very special vintages, such as Malleolus de Valderramiro 2003 and Malleolus de Sanchomartin 2003.

In addition to the president of Bodegas Emilio Moro, the master class was join by representatives of the wineries Aalto, Pago de los Capellanes, Viña Pedrosa and Pesquera. The thing they all share in common is that their wines are the faithful reflection of the soil from which they come, with a philosophy of creation based on the respect of the land. The event organized by Decanter has also had the only Spanish Master of Wine to date, Pedro Ballesteros.

Last December the prestigious magazine Decanter placed Malleolus de Sanchomartin 2010 at the head of the 12 best wines of the Ribera del Duero with the highest score, 19.5 points out of 20.