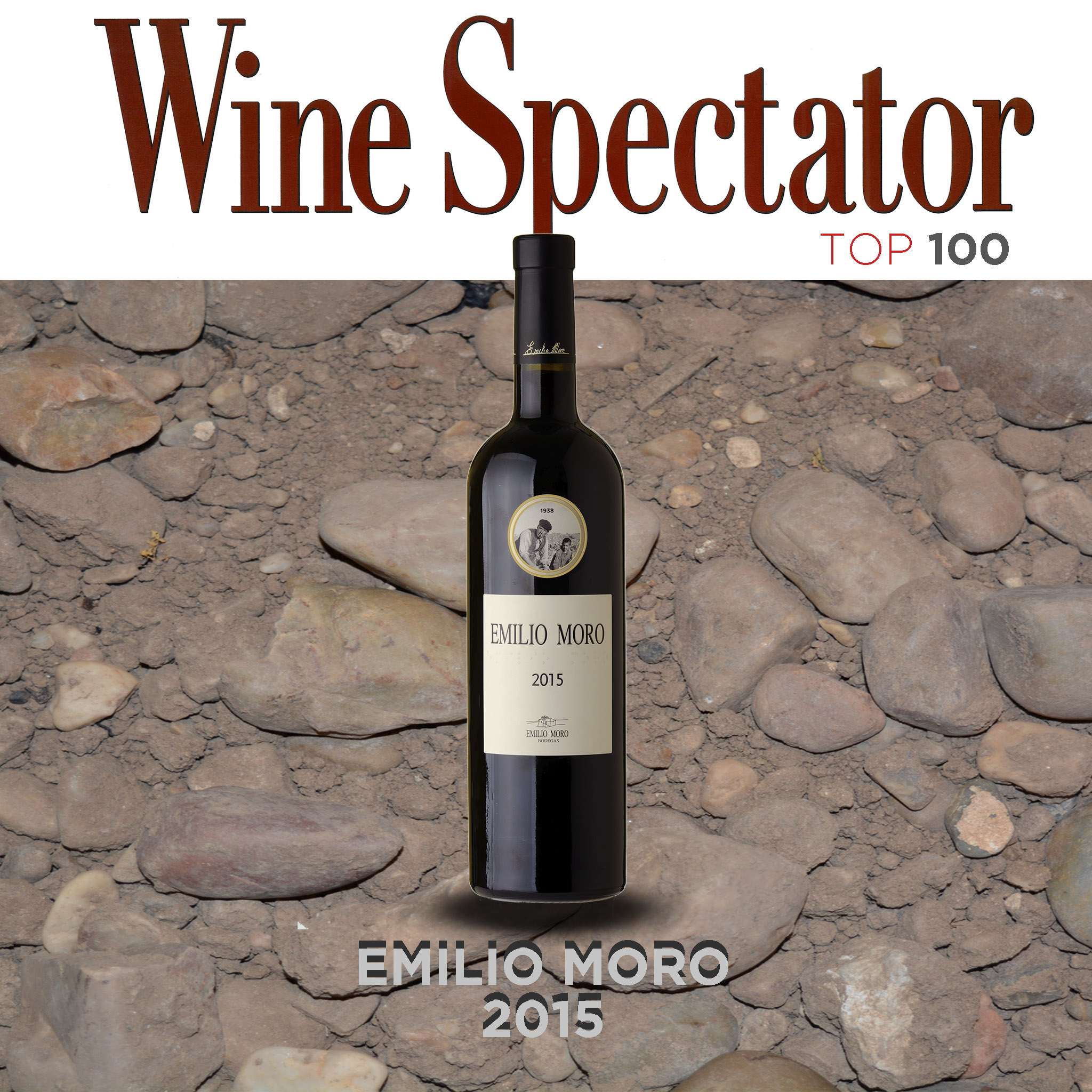 The Emilio Moro flagship is the only one from Ribera del Duero in the new list of the 100 best wines published by the prestigious American magazine.
Emilio Moro 2015 was included in The Wine Spectator’s top 100 list this year. The flagship wine from Bodegas Emilio Moro, a leading winery from Ribera del Duero at a global level with a presence in 70 countries, for whom the United States is one of its main markets (where it has had its own distributor since 2013), entered the top 100 in 59th position, and was the only wine from Ribera in the list this year. This prestigious list is drawn up every year by the American magazine, which is one of the most internationally influential wine magazines, and ranks the top 100 wines from all around the world.