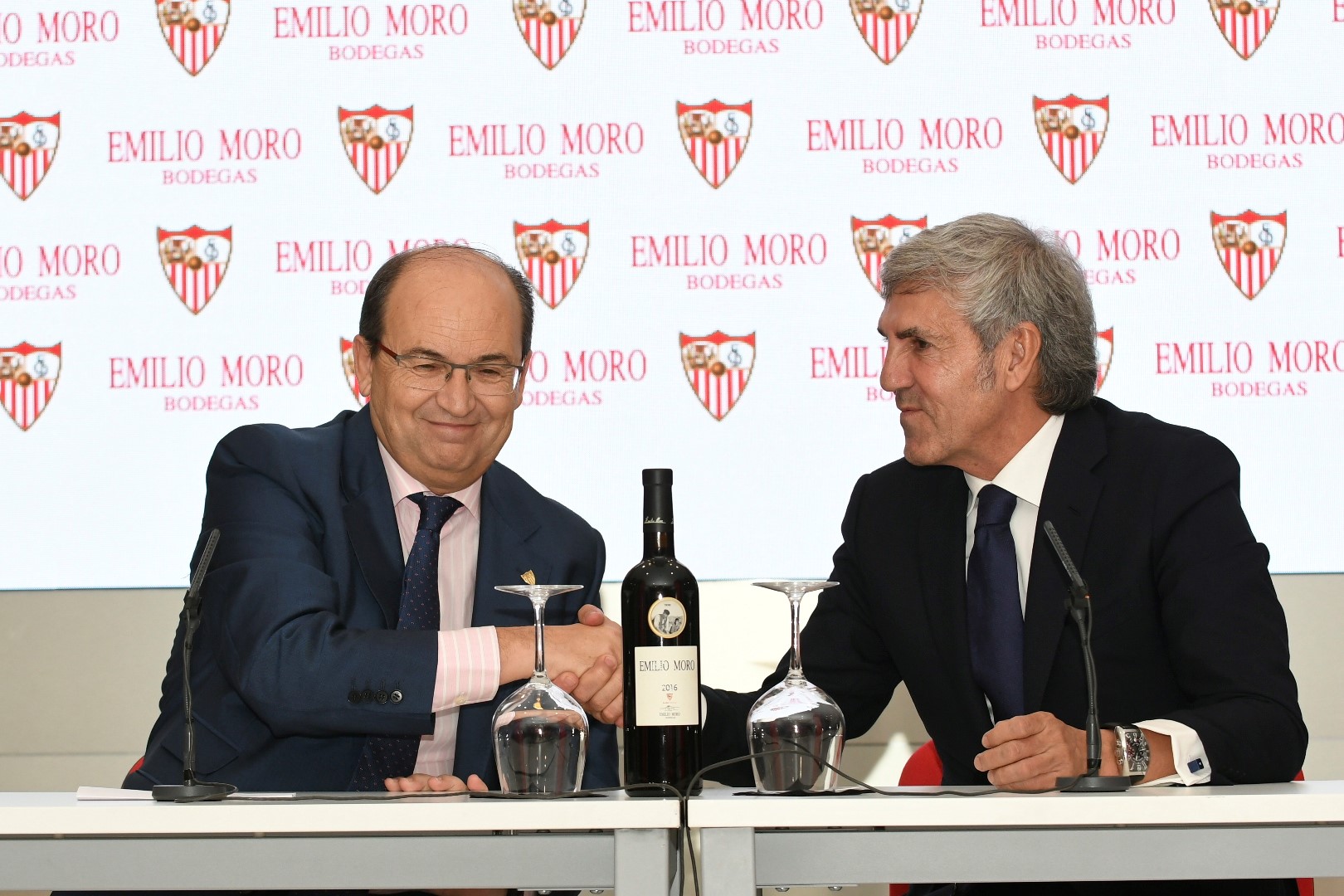 Our president, José Moro, and the president of Sevilla FC, José Castro, signed the collaboration agreement today in the press room of the Ramón Sánchez-Pizjuán Stadium.

As stated by our president, this agreement “fills us with pride since both entities share the same thirst for victory, commitment to excellence in management and social engagement through our charitable foundations.”

Both institutions, whose tradition and reputation are recognised worldwide, are prospering. Thanks to the daily work of our winery staff, our wines enjoy a high reputation both within Spain and worldwide.

For its part, the Sevillian club, chaired by José Castro, is currently leading LaLiga and is making good progress in the Europa League, a competition that it has won five times, the last three consecutively between 2014 and 2016.